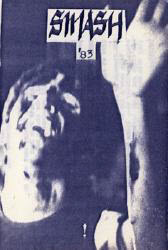 You can order this CD from Hyped To Death. 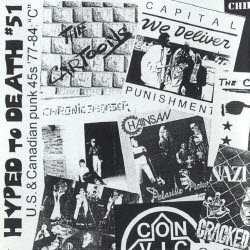 You can order this CD from Hyped To Death.

On some web sites, I've seen references to a compilation called Better Late Than Never, which was to have been released in 1982 on Mannequin. Apart from Crash Kills Five, other artists listed as having tracks on the compilation include David Quinton-Steinberg, The Biffs, and Kinetic Ideals. However, the label went under before the compilation was ever completed, so the album doesn't exist.

I'd had this compilation listed on this site with a request for more info, and the person who was working on it (James Booth) wrote to give me the scoop. Thanks James!