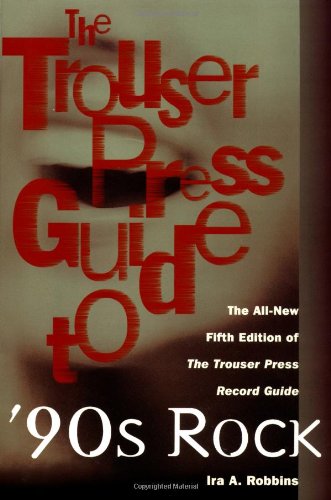 Filed a couple of discs down from the Shadows and a little closer to the Residents than might be safe for small children, Toronto's Shadowy Men On A Shadowy Planet do the instrumental guitar combo thing in a somewhat different kitchen from Britain's four-decades-young Fender twangers. The trio of Brian Connelly (guitar), Don Pyle (drums) and Reid Diamond (bass) has been cranking out cagey and catchy pieces of twisted reverb-splat invention with delightfully lurid pop culture titles since 1985, although most of the group's fame owes to its day job, making the soundtrack noises for TV's Kids in the Hall. That zesty little mock-western piece that runs under the show's credits is "Having An Average Weekend," a track from the Shadowy Men's first single, compiled along with the contents of four other self-released 7-inches on the chewy and delicious Savvy Show Stoppers. The long-playing debut also contains a brief and charming radio play (with music) by cartoonist Charles Burns ("Big Baby"), a rare organ interlude (the apparently live but you can never tell "You Spin Me Round '86") and "Run Chicken Run," hysterical scratchings in Link Wray's barnyard. The more organized and slightly less daft Dim The Lights, Chill The Ham contains "Exit From Vince Lombardi High School," "Ben Hur Picked Off In A Gazebo" and "Who Painted Whistler's Mother." Incrementally more diverse in its creative ambitions, the Steve Albini-engineered Sport Fishin' boasts such catches as the pluckin'/chanted "Fortune Tellin' Chicken," the economical "They Don't Call Them Chihuahuas Anymore," the properly noirish "Spy School" and the scrabbly funk of "We're Not A Fucking Surf Band."

Occasionally prone to interjecting exclamatory voices to chant a title like the second album's "5 American 6 Canadian" and not above whistling or putting silliness from bargain bin vinyl finds at the beginnings of numbers, Shadowy Men mix their music (mostly original, but with a cover here and there) around enough to defy easy pigeonholing: just when the salt air threatens to become a scenery fixture, they trot out something from an inland clime, or step on the gas for a decidedly non-retro spot of acceleration. Unfailingly enjoyable, gummily consistent and as atmospheric as two weeks in a submarine, Shadowy Men are truly the instrumental kings of the Great White North.

Or were. Don Pyle and Reid Diamond, joined by guitarist Dallas Good and Fifth Column bassist Beverly Breckenridge, subsequently formed Phono-Comb in collaboration with Jad Fair and released a debut album, Fresh Gasoline (Touch And Go), on its own in '96.