Don passed on this picture of Reid dressed up like Adam Ant at a Halloween party. 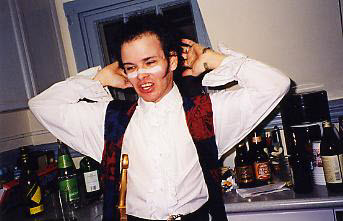 Don also passed these pictures my way. Don said "We were saying goodbye to Steve Albini and Fred Schneider after recording with Fred for his album. We just did one more show after this." From left to right in the pictures, it's Reid, Steve, Fred, Brian and Don. 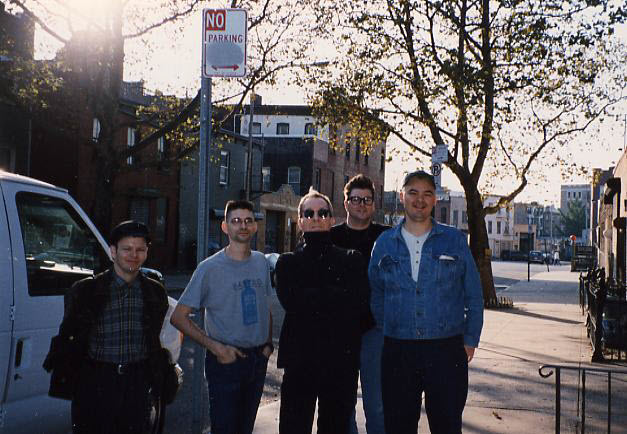 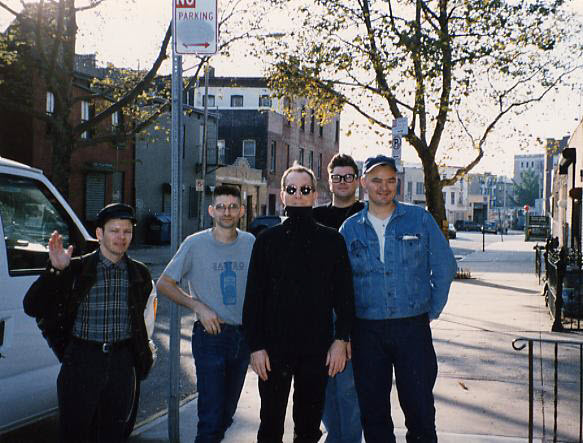 When Johnny Ramone passed away, Don sent on this picture of himself and Johnny from '88 or '89. Click on the picture for a larger version, as well as Don's story. 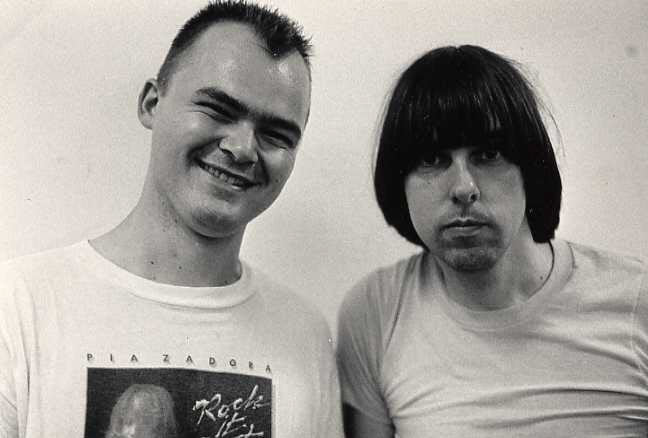