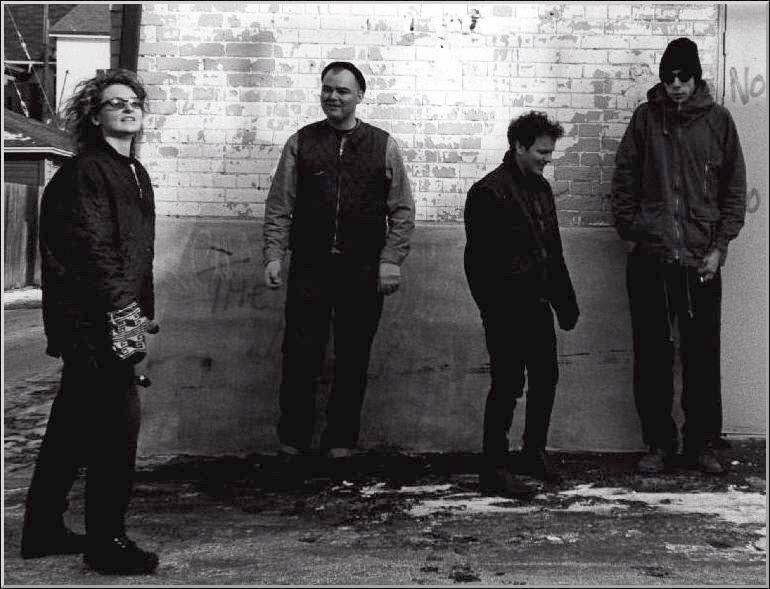 One of the last Shadowy Men On A Shadowy Planet projects had the Shadowy Men cowriting a bunch of songs and touring with singer Jad Fair from Half Japanese. When it came time to make a record, Brian Connelly was busy working on Bruce McCulloch's Shame Based Man album and opted out of the project. Dallas Good from The Sadies was brought in to replace him, and "Jad Fair and Phono-Comb" was born. After Jad moved on to his next project and Shadowy Men broke up, Phono-Comb continued on as a trio, recording one single. After the single, Beverly Breckenridge from Fifth Column was recruited on bass (with Reid switching to guitar), and the new four-piece Phono-Comb went from there.

third lineup (Phono-Comb), left to right in the above picture:

After Phono-Comb broke up, Don worked on a number of projects, including working with King Cobb Steelie. He eventually went on to form Barely Pink. Reid split future work between his art work and a new band, Danny and Reid's Motion Machine.